On the 31st of July, 2017, my husband and I left for Canada for almost three weeks, leaving our little girl in the care of my in-laws. The emotional upheaval aside (you can read all about it here), this trip marked many firsts and quite a few lasts. The memories of those weeks have been carved in indelible cast and find a place of joy and pride in the mantelpiece of my heart.

The journey was arduous. Airport-hopping is not as much fun as I hoped it would be. From Frankfurt to London to an emergency landing in Ottawa, we were more than ready for the fluffy hotel bed and the large assortment of pillows when we finally made it to L’Appartment, our abode in Montreal. 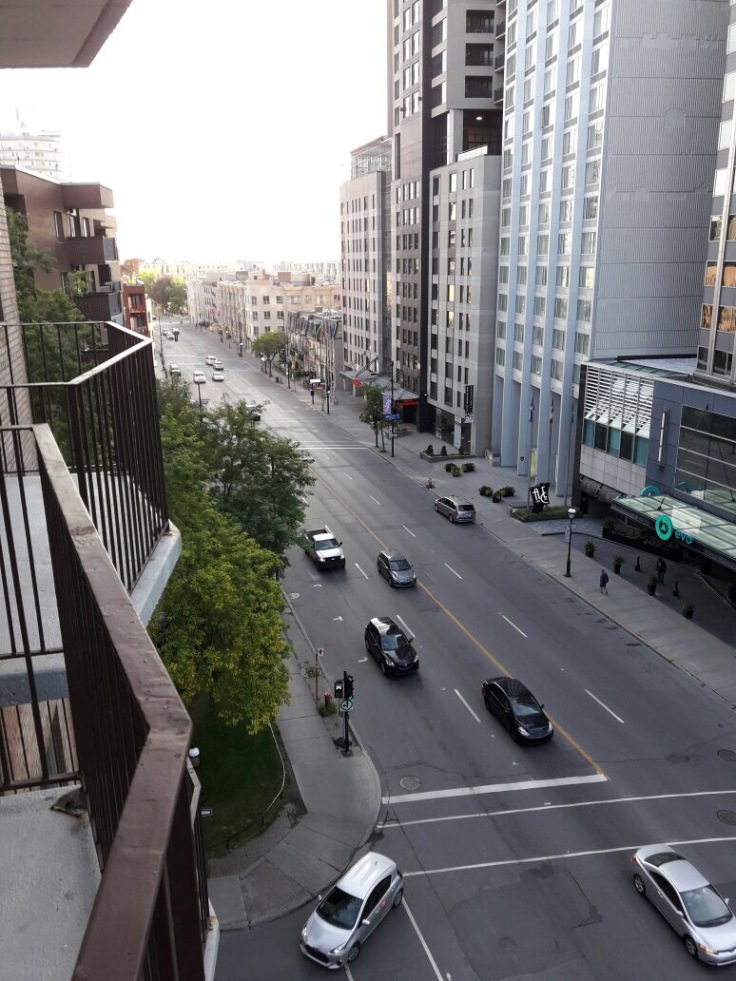 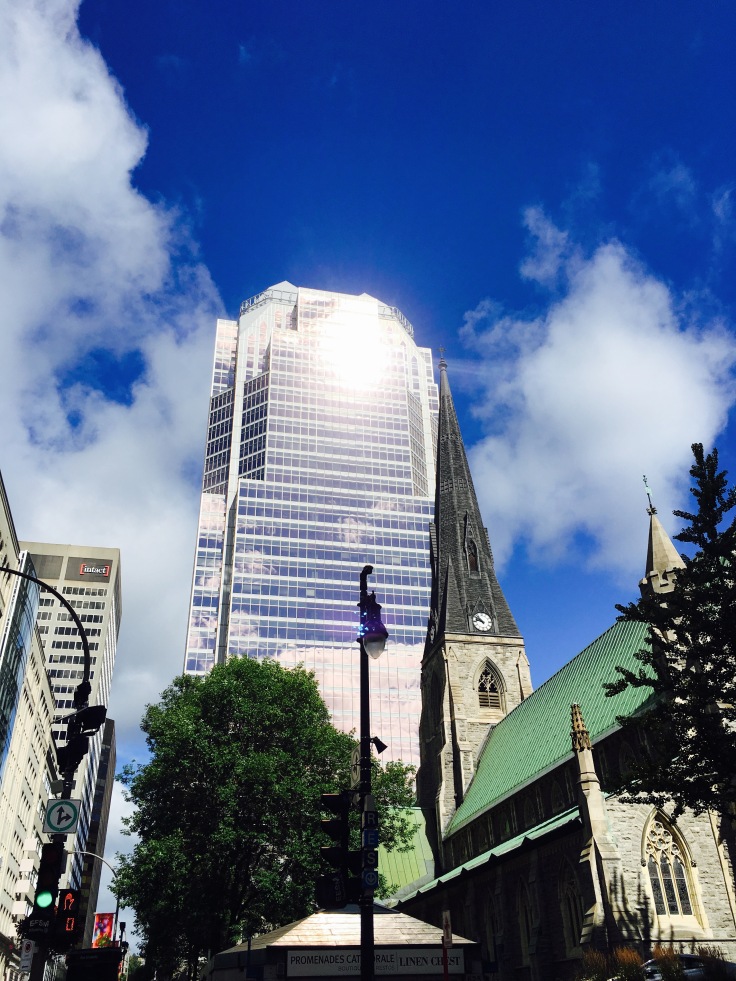 My husband was there for work and was busy during the days. Finding myself responsibility-free and with lots of me-time in hand for the first time in two years, I didn’t know what to do with myself. I regret sleeping the first day away but in retrospect, I probably needed it.
Thanks to the guilt of wasting a precious day, I proceeded to dress in typical tourist gear of shorts, converse and tshirts for the rest of the trip and headed out straight after breakfast everyday.

My first solo attempt at sightseeing was a walking trip through Quartier Chinios, the bustling Chinese district of Montreal lined with cafes, bakeries, curio jaunts and restaurant, all the way to the opulent Basilique du Notre-Dame. Luckily, I made it there quite early and skipped the infamous queues. I was mesmerised by the beauty of the cathedral inside and spent a good few hours going over to nooks and crannies and wondering how is it possible for man to create such beauty.
Afterwards, I started wandering again and found myself in the port area by the river. 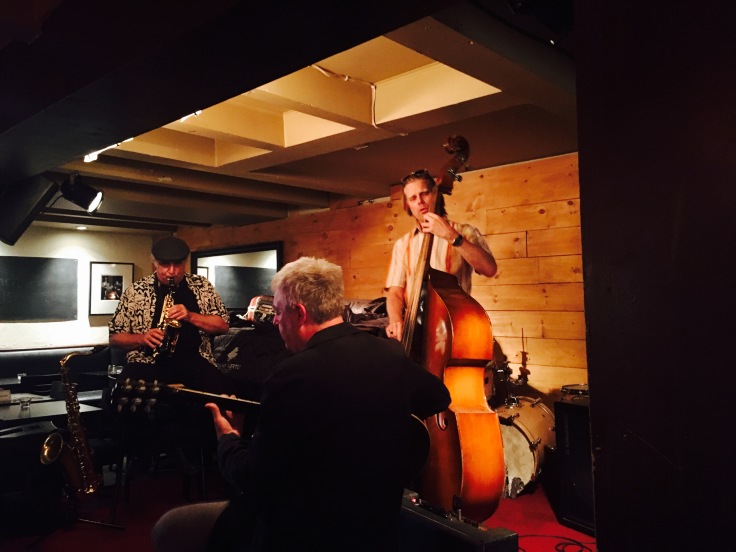 Till the first weekend arrived, we had a routine: I went out alone during the days and with my husband in the evenings. Being a foodie, he was keen to try out as many eateries as possible and I think we did pretty well in that department (our waistlines were proof). We started with Korean and covered a wide range including the famed Poutine, eat-as-much-as-you-can sushi, French, Italian, student-grub (pizza slices with a drink) and lots more. We also went to a Jazz Club called Diese Onze where we tried our first red beers. When it comes to food, we had lots of hits but unfortunately, we couldn’t escape the occasional duds. The Pizza was one. So was the frozen TV dinner from Walmart which was unpalatable. I wonder what were we thinking when we got that. Finances, I am sure. I take solace in the fact that at least, it wasn’t my idea! 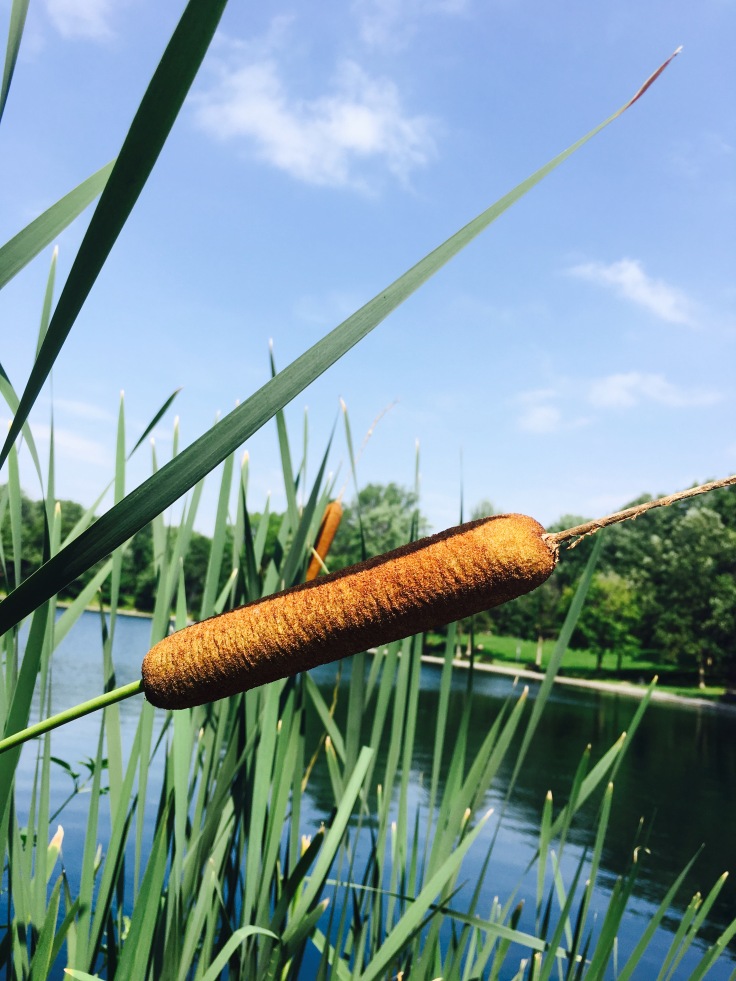 During the days, I visited La Fontaine, a beautifully landscaped oasis in the middle of the city, watched ducks hunt for grub from among duckweed, watched dogs bathe in the pond and splash water all over their masters as they chased ducks, walked around the neighbourhood of Sherbrooke and paid innumerable visits of St. Catherine Street which was just a couple of streets from we were put and which houses everything from bespoke boutiques to bookstores to my personal Mecca, Sephora.

On our first Friday in Montreal, we went to a ribs and poutine fest that was done up in, what seemed to us, a very Southern barn style. It was by the river bank and had a very old-world fair appeal. We gorged on the flavoursome ribs (him) and fries (me). On our way back we got caught in a shower as we hopped from bus to bus before finding our way back.

The shower of the night before turned into a full-fledged downpour the next morning as we navigated our way out of Montreal in our hired convertible. The husband was disappointed as he couldn’t bring the roof down but the sheer power of the Mustang more than made up for it. Visibility was near zero that Saturday morning. Couple it with the fact that he was driving on the right hand side of the road for the first time, it took us many wrong turns and an additional hour to reach our destination: Quebec City.

The old town is a vision and though I complained about the incessant rain then, it all added to the gothic charm of the town. The Chateau Frontenac, a hotel that is recognised as the most photographed hotel in the world, stood in all its antiquated glory as the dark clouds above added to its atmospheric charm. 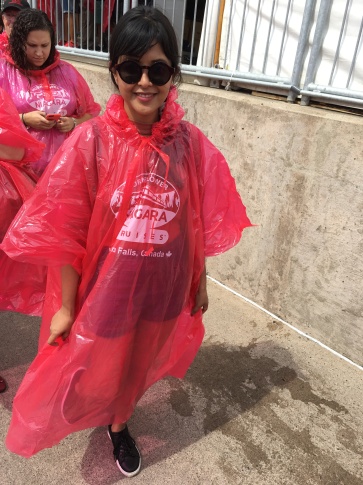 The next Friday, after an early exit from work, Riri and I traveled to Toronto on a Via Rail train. After spending just the night in a hotel, we traveled to Niagara Falls the next morning aboard the Amtrak that, after crossing Niagara Falls, crosses the border into American soil before finally finding its way to the heart of Manhattan.The Falls, both the Canadian and the American, are an experience that cannot be done justice to literally. The anticipation as you queue up for the ferry, the sea of red and blue waterproof parkas, the moment the boat leaves the harbour, the spray, the shock of the cold water, the glint of the sun in the suspended water droplets that throw rainbows all around are all much better felt than heard or read about. After the Falls, we loitered around in the little town and took in as many of its varied attractions as we could before boarding our Toronto-bound train.

We spent our only day in Toronto visiting  the National History Museum, trying Greek cuisine at a Greek food festival, touring downtown Toronto as we visited the CN Tower, hopping from train to train and tram to tram, people watching, watching some live bands as well getting embroiled in a kerfuffle as some metros were cancelled and the station we were in was vacated owing to a bomb scare. All in a day’s work! 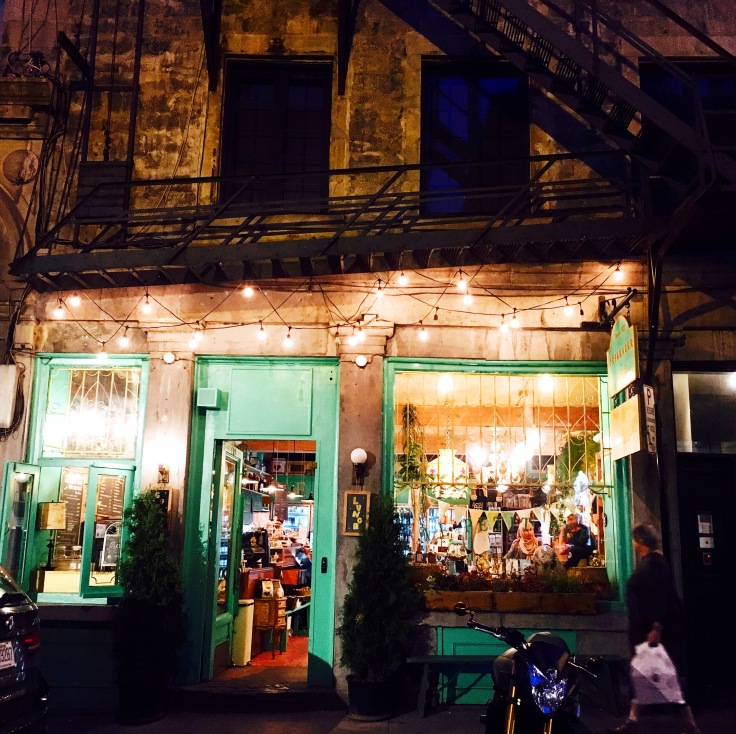 After coming back to Montreal, we spent our last week in Canadian soil just chilling and enjoying life at a laid back pace. While it is likely that there will be many holidays in the future, I can’t imagine any such future-holiday to do for us as a couple what our Canadian sojourn managed with aplomb.